5 good reasons to be bullish on electrification metals

September 24, 2021 (Investorideas.com Newswire) While there is little we can do to prevent climate change – the Earth is going to continue to warm until it isn’t – we can do our part in cleaning up the atmosphere by reducing fossil fuel usage.

The modernization and electrification of the global transportation system will require a change hitherto unprecedented in the history of civilization. The fossil-fuel-based transportation system needs to be electrified, and the switch must be made from oil, gas and coal-powered power plants to those which run on solar, wind and nuclear energy. If we have any hope of cleaning up the planet, before the point of no return, a massive decarbonization needs to take place.

On top of surging demand for metals needed to feed so-called “green infrastructure” programs being rolled out in the United States, Europe and China, we have emerging structural deficits for several metals, that will keep prices buoyant for the foreseeable future.

New emissions targets being set by countries like Canada, the US, Britain, China and Japan, will mean large-scale deployment of electric vehicles, renewable power and electrical transmission, all of which will require copious metal content.

A brand-new report from Bloomberg NEF states that the transition from fossil fuels to clean energy could require as much as $173 trillion in energy supply and infrastructure investment over the next three decades.

The report identifies four key components of the energy transition – solar panels, wind turbines, lithium-ion batteries and EV charging units – that show the complexity of the supply chains needed to quit fossil fuels, and how the demand for certain crucial metals will push prices higher.

We believe we need to add a fifth: electrical transmission lines, including smart grids.

These five components will require high volumes of so-called battery metals and industrial metals. According to BNEF, the use of cobalt is expected to jump about 70% by 2030, while consumption of lithium and nickel for the battery sector will be at least five times higher. Other major beneficiaries of the green transition shift include copper, graphite, iron ore and steel. We discuss each component in turn.

According to BloombergNEF estimates, solar panels with the power capacity of 1 gigawatt of electricity will need about 18.5 tons of silver, 3,380 tons of polysilicon and 10,252 tons of aluminum.

Copper is also a key component of photovoltaic cells. A solar power plant contains approximately 5.5 tons of copper per megawatt of power generation. A single 660-kW turbine is estimated to contain some 800 pounds of copper.

More and more silver is being demanded for use in PV cells, as countries move towards adopting renewable energy sources.

As the metal with the highest electrical and thermal conductivity, silver is ideally suited to solar panels. Silver paste within the solar cells ensure the electrons move into storage or towards consumption, depending on the need. It is estimated that about 100 million ounces of silver are consumed per year for this purpose alone.

This figure is expected to rise in the coming years, with continued growth of electricity demand and renewable energy aspirations all pointing to rising solar power penetration. 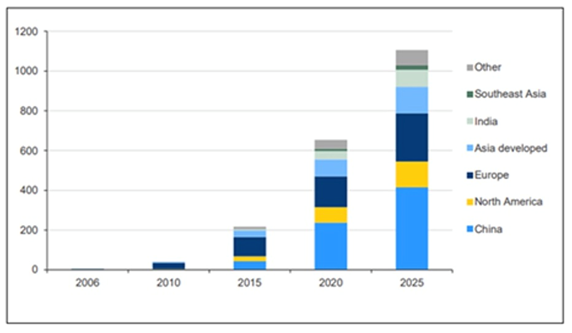 One projection has annual silver consumption by the solar industry growing 85% to about 185 million ounces within a decade, according to a report by BMO Capital Markets. 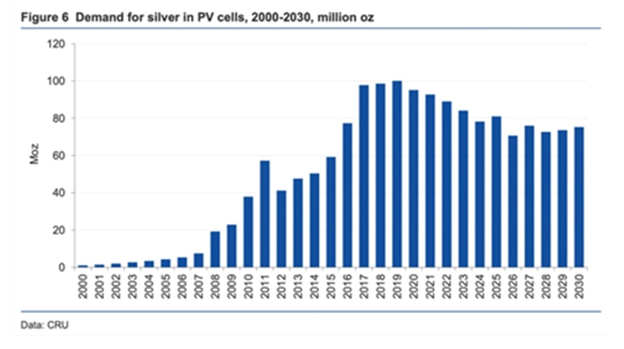 Coming off a record year despite the pandemic, the US solar industry will likely be one of the leading drivers of silver demand. Installations grew 43% year over year in 2020, reaching a record 19.2 gigawatts of new capacity. By 2030, solar installations are expected to quadruple from current levels, according to a report from the Solar Energy Industries Association and Wood Mackenzie.

As most solar panels used in the US come from Asia, the recent Biden administration ban on solar panels from China, over forced labor concerns, places the US solar industry in a bind, potentially sparking a surge in domestic silver exploration.

Wind turbines and infrastructure with the power capacity of a gigawatt (1GW = 1,000 megawatts) need about 387 tons of aluminum, 2,866 tons of copper and 154,352 tons of steel, according to BloombergNEF estimates. Permanent magnets made of rare-earth metals like neodymium are commonly used in the generators found in offshore wind turbines.

The Manhattan Institute estimates that building a 100MW wind farm would require 30,000 tons of iron ore and 50,000 tons of concrete, along with 900 tons of non-recyclable plastics for the large blades. The organization says that for solar hardware, the tonnage in cement, steel and glass is 150% greater than for wind, to get the same energy output.

According to The Institute for Sustainable Futures at the University of Technology Sydney, Australia analyzed 14 metals essential to building clean tech machines, concluding that the supply of elements such as nickel, dysprosium, and tellurium will need to increase 200–600%. Read more on the challenges of transitioning to solar and wind

For lithium-ion batteries to be able to store 1GW of energy, BloombergNEF estimates they will require about 729 tons of lithium, 1,202 tons of aluminum and 1,731 tons of copper.

The continued move towards electric vehicles is a huge copper driver. In EVs, copper is a major component used in the electric motor, batteries, inverters, wiring and in charging stations.

A recent Silver Institute report says battery electric vehicles contain up to twice as much silver as ICE-powered vehicles, with autonomous vehicles requiring even more due to their complexity.

The Silver Institute anticipates that, due to the evolution of hybrid and battery electric vehicles, the auto industry is expected to absorb 90 million ounces of silver by 2025, rivaling silver consumption in photovoltaics, currently the largest application of global industrial silver demand.

In its electric car forecast to 2040, Wood Mackenzie finds EV sales are expected to reach 45 million units per year in the next two decades, with a total global EV stock of 323 million.

And this just in: Adamas Intelligence reports that new global registrations of passenger vehicles increased 109% year on year during the first six months of 2021. In a new report, Adamas analysts found 4.16 million new units were registered in H1 versus just 1.99 million units during H1 2020.

Major automakers have set their sights on being climate neutral by 2050 and they view battery electric vehicles (BEVs) as the best way of achieving that target. Change is being driven, pun intended, by stricter vehicle emissions regulations.

While some may scoff at the wild predictions, progress is being made, according to Woodmac, on the obstacles to higher EV penetration.

“The projected price of battery packs keeps dropping. We expect the US$100/KWh threshold to be breached by 2024, one year earlier than our previous projections,” says Ram Chandrasekaran, Wood Mackenzie principal analyst. 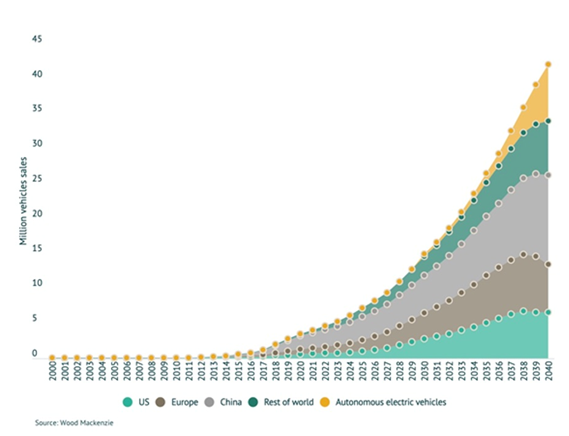 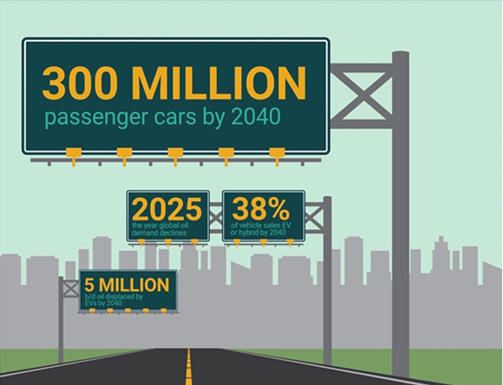 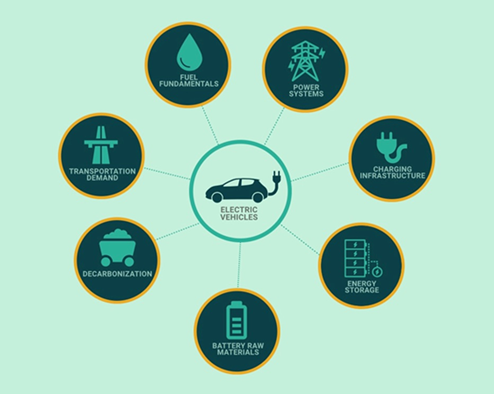 In Europe, EVs are taking showrooms by storm. Last year for the first time, Europe sold more battery-electric and plug-in-hybrid EVs than China, with Germany and France leading the way.

The jump in electric vehicle registrations during the second half of 2020 meant a 175% increase in the watt-hours of batteries deployed, according to Adamas.

Read More: 5 good reasons to be bullish on electrification metals

seraficus/E+ via Getty Images Welcome to the May edition of the graphite miners news. May saw a busy month...

Fitch cites a regulatory crackdown on technology firms, weakness in the real estate sector and lockdowns in place in...

Summer Sensation Copper Face Jacks: The Musical Is Back For A Third Time At

New outbreaks trip up logistics for non-ferrous metals in China

Egyptian business leader brands UK-Egypt relations ‘best they’ve ever been’ LONDON: Relations between Britain and Egypt are the best...