Copper-based chemicals could be contributing to further ozone depletion

Despite a tangible recovery from past impact caused by now-banned CFCs and halons, the Earth’s stratospheric shield is facing a newly discovered threat.

From fungicides to brake pads, to anti-fouling paints, copper-based chemicals are a part of everyday life. According to research by the University of California, Berkeley, though, these materials can be linked to a major depletion of the ozone layer through the release of methyl bromide and methyl chloride.

A paper published in the journal Nature Communications outlines the relationship between the two, with copper traces in soil and seawater catalysing a reaction that turns organic matter into the two halocarbon compounds. Both are proven to have a significant negative impact on the isothermal layer. 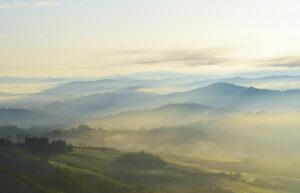 In the years since 1989, when chlorofluorocarbon (CFC) refrigerants were banned after being identified as a root cause of ozone destruction, methyl bromide and methyl chloride have been identified among the methyl halides that are now the main source of bromine and chlorine in the atmosphere.

‘If we don’t know where methyl bromide and methyl chloride are coming from, then how can we make sure that those compounds are reduced along with CFCs?’ asked the paper’s senior author, Robert Rhew, UC Berkeley professor of geography, environmental science, policy and management. ‘By 2050, we should be back to relatively normal ozone, but things like the continued emissions of methyl bromide and methyl chloride are bumps in the road to recovery. Copper usage in the environment is projected to increase rapidly in the next few years, and this should be considered when predicting future halogen load and ozone recovery.’

In related news, ozone-depleting emissions increased in India during lockdown, while China is recording double the level of these gases compared with ten years ago.

Hawthorne will spend at least $15M to replace water pipeline

Copper Country’s past and people: The Balkan immigrants were unique — just like

The Metals Company is releasing a sweeping inaugural impact report on mining polymetallic nodules on the ocean floor, Kallanish...

The planned dual listing was "in order to support American supply chain independence and to deliver the critical metals...

Hawthorne will spend at least $15M to replace water pipeline

Company that recycles scrap into steel to build a sound barrier

China tells Alibaba, Tencent to open platforms up to each other – media

Smartphone app can measure clotting from drop of blood, could ‘prevent millions