No Result
View All Result
Home Copper in health‎

While taking a dive into the world of Minecraft, players will find themselves spending time gathering resources. Early in the game, it is perfectly normal to collect items manually. Undoubtedly, every player remembers the good old simple days of mining ores using stone pickaxes and waiting for crops to grow.

After making some progress and getting resources like redstone, players can give up on the old techniques and create Minecraft farms to get various items effectively. In Minecraft, there are over 100 different blocks and items. Players can build farms for almost every single one of them.

In this article, players will learn about some of the best Minecraft farms. Players confused about which farm to build next can take some inspiration from here. 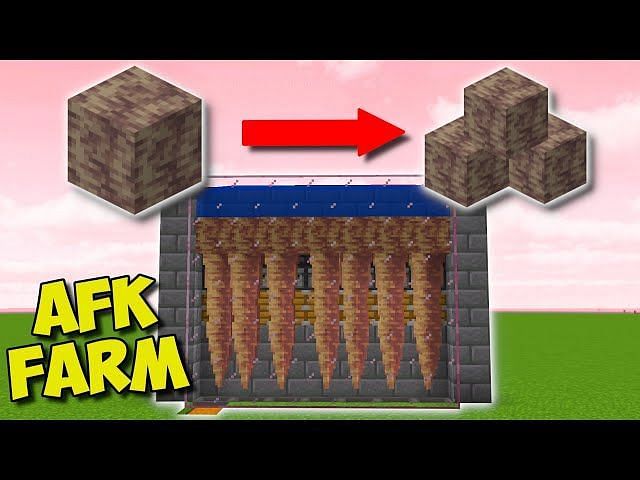 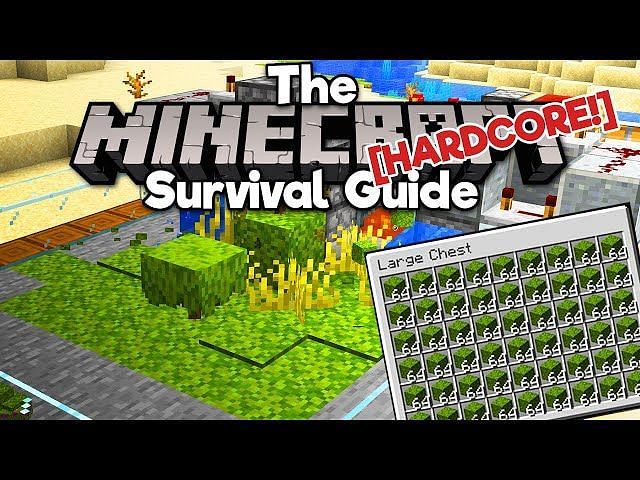 Like dripstones, moss block is another new block added in the Caves & Cliffs update. Players can find moss blocks in the supply chests inside shipwrecks and generate them naturally in lush caves.

To build a moss farm, players only require one moss block. Moss can turn surrounding stone blocks into moss when a bonemeal is used. Along with moss, players can also get moss carpets and azalea trees from moss farms. 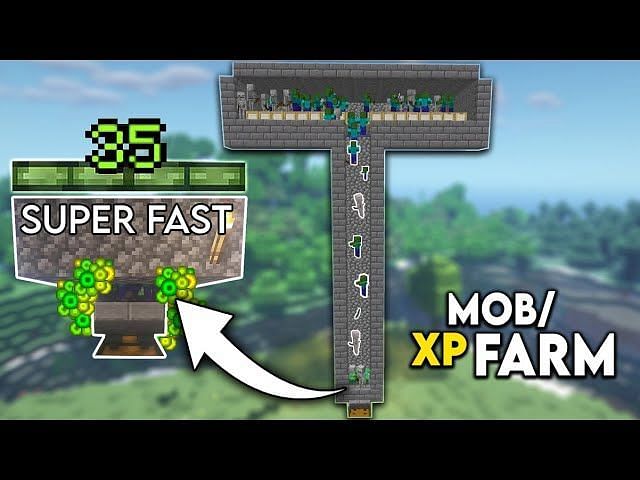 No matter what year it is, mob tower farms will always be one of the best Minecraft farms. The farm mainly requires many building blocks, water, and trapdoors to be functional. Players can use cheap blocks like dirt or cobblestone to build a mob tower farm.

Mob tower farms use natural mob spawning mechanism and mob AI. After mobs spawn inside the dark chamber, they fall through a tube, dropping their health very low. Players can kill these weak mobs, get experience points and drops easily. 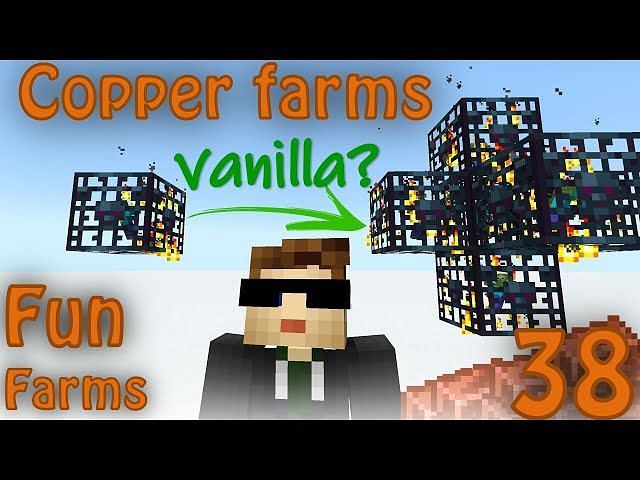 Copper is a brand new mineral added to the Minecraft 1.17 update. Caves & Cliffs Part 2 update has made this resource abundant in the caves. However, automated farming is still the way if players don’t like mining.

Copper ingots can be dropped by drowning upon dying. Players can use a zombie spawner to make drowned mobs and then farm them to gain copper ingots and other drops. 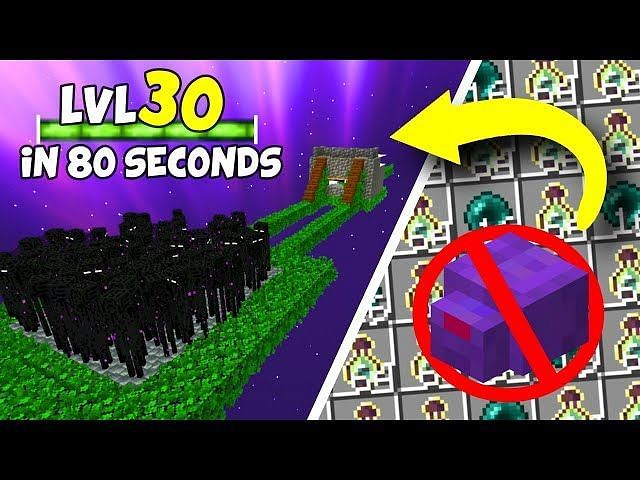 Experience points are a valuable resource in Minecraft. That’s why there are tons of Minecraft farms to grind XP levels. Out of all farms, enderman XP farms are one of the most efficient and fastest in Minecraft.

An enderman XP farm can take a player from 0 to 30 or more XP levels within five minutes. This farm also produces tons of ender pearls in no time. 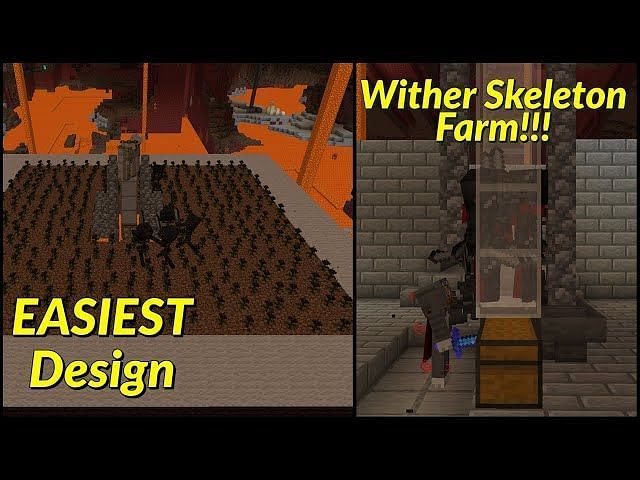 Wither skeleton heads are one of the rarest items in Minecraft. The chances of getting one wither skeleton head using Fortune III enchantment is a mere 5.5% in Java Edition. Bedrock players have it a little better as the drop rate is 8.5%. 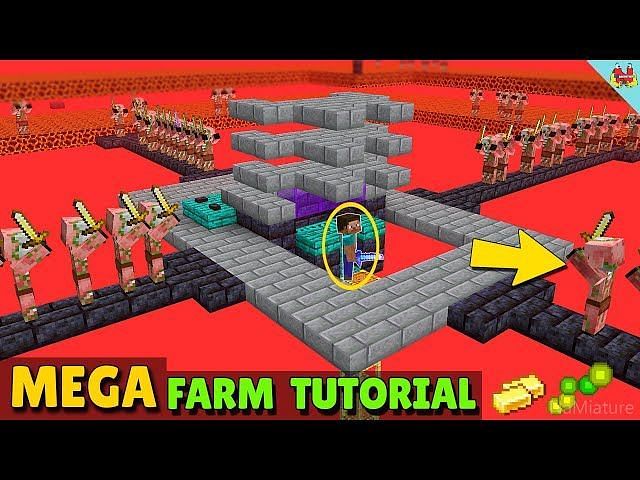 Zombie piglins are probably the most common mob in Minecraft. Luckily, these mobs have a handy drop, gold. When killed by players, zombie piglins give gold nuggets/ingots.

Players can build a highly efficient gold farm on top of the nether ceiling. Zombie piglin based gold farm is the best way to get gold. 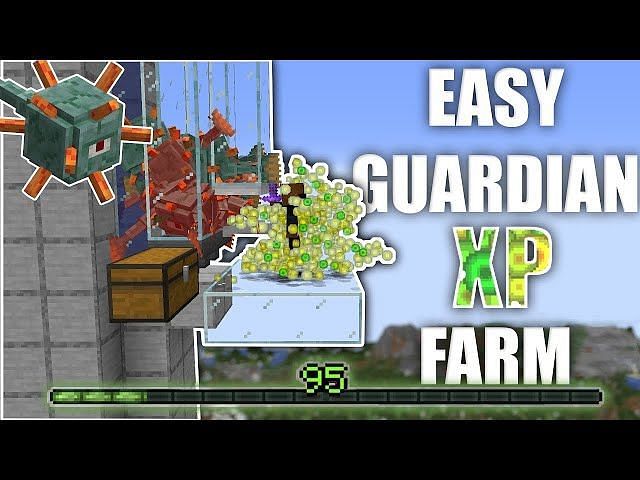 With a guardian farm, players can get an infinite supply of beautiful prismarine blocks. However, building a guardian farm is tough, as players usually have to remove water from an entire ocean monument.

Guardian farms also produce lots of fish and can be used as food farms. It can also be used for farming experience points, but be careful of the thorns effect from guardians. 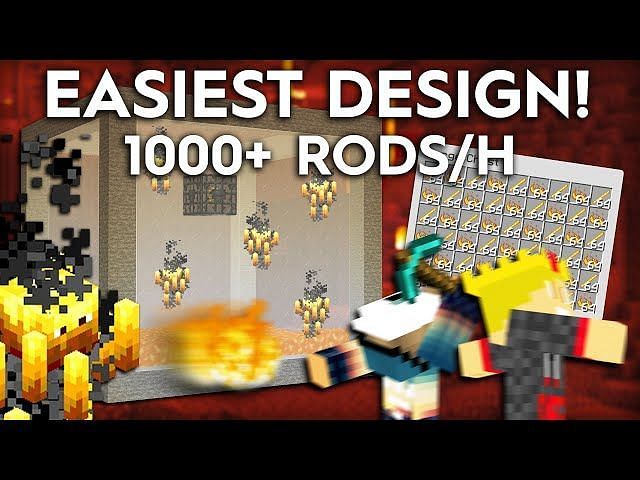 Blaze rods are a vital ingredient for brewing potions. Players can obtain blaze rods by defeating blazes. Luckily, blaze spawners are available in all nether fortresses. Like most other spawners, blaze spawners can also be turned into farms.

With an up-and-running blaze farm, players will always have a supply of blaze powder and fuel. 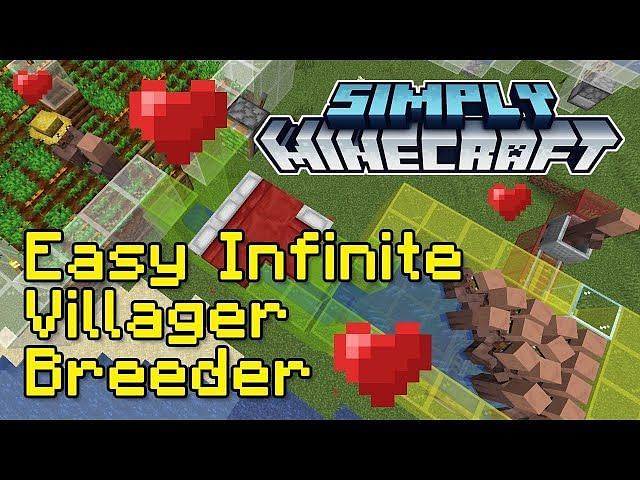 Villagers are arguably the best mob in the entire game. Players can obtain a wide array of items by trading with villagers. Further, players can build a villager farm to get more villagers.

Villagers increase their population by breeding when they have enough food and at least one extra bed. Since villagers can harvest crops, players can provide them with a farm and beds to make them produce baby villagers.

Note: This article is subjective and solely reflects the writer’s views.

Tags: How to Make a Farm in MinecraftListicleMinecraftMinecraft BeginnerMinecraft Guide for Beginners
Previous Post

Breastfeeding is important for the health of both the mother and infant. By providing nutrients, immunologic factors, emotional satisfaction,...

Modern chemicals in food putting the health of millions at risk

Tumbling oil, copper and gold prices send miners to the dogs on a poor morning of trade Gold Road...