Despite recent weakness, all three of these stocks have outperformed the S&P 500 index’s 17.7% decline so far this year. It’s been a difficult year so far with a combination of rising interest rates, soaring inflation, ongoing supply chain issues and a major conflict to deal with. That said, aerospace and defense giant Raytheon Technologies (RTX -0.19%) is in positive territory this year, while electrical products company nVent Electric (NVT -1.17%) and copper miner Freeport-McMoRan (FCX -1.12%) have slightly outperformed. There’s a good reason why all three can do very well in the coming years. Here’s why.

Raytheon: An aerospace and defense stock to buy 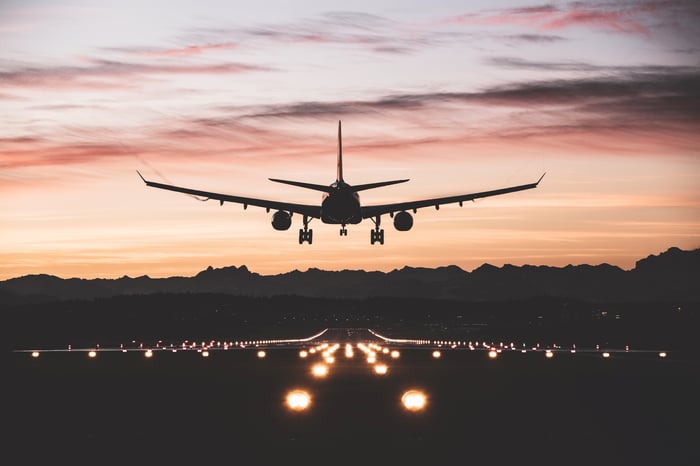 Management believes the company will generate $10 billion in annual free cash flow (FCF) by 2025, compared with company guidance for $6 billion this year. Given that the market cap is only $136 billion right now, and mature industrial conglomerates often trade on 20 times FCF, Raytheon could trade on a market cap of $200 billion in 2025 — implying a near 50% upside in the stock to 2025.

Clearly, there’s a lot of work to do before Raytheon gets there, but the evidence from airlines is that people want to fly, Boeing and Airbus are both trying to ramp production in response to demand, and recent events highlight the need for defense spending. All told, the pathway to $10 billion in FCF by 2025 looks a lot clearer now than it did a few months ago, and Raytheon remains a go-to stock in the aerospace and defense sector.

There’s nothing fancy about nVent’s products, but they are essential elements in the trend toward electrification in the economy. The company’s connection and protection products (enclosures, electrical and fastening solutions, and thermal management solutions) are needed to help its customers meet regulatory standards and certification. They are also critical to ensuring electrical equipment isn’t subject to costly downtime due to failures.

Its products are critical, and its customers are highly likely to ramp up spending in the coming years. In the industrial end market (42% of revenue), customers will spend on automation, smart factories, and digitizing operations. The commercial/residential buildings market (31%) will spend on smart connected buildings. Infrastructure (19%) spending on smart facilities, smart infrastructure, 5G, electric vehicle (EV) charging, data centers, and transmission and distribution (renewable energy) will increase in the coming years.

These trends involve improving productivity and introducing proprietary technology into the economy. Therefore, they are unlikely to be significantly cut in the advent of a slowdown in the economy. nVent trades on slightly less than 15 times Wall Street analyst consensus estimates for FCF of $374 million in 2022. That’s a very attractive valuation for a company with solid growth prospects. 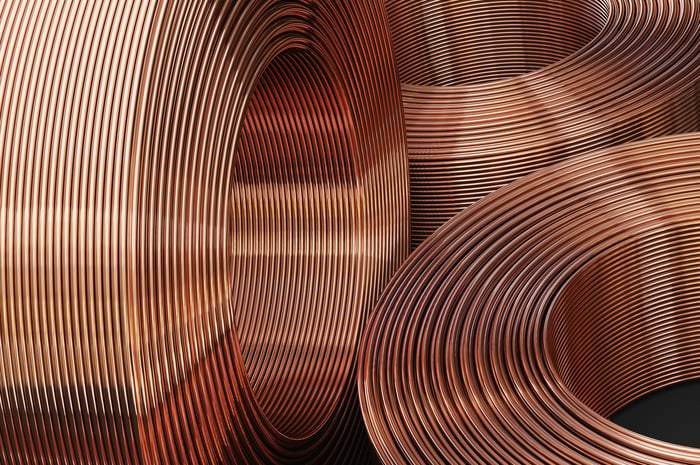 The case for the copper miner rests on the idea that copper demand will benefit from strong underlying demand from the trend toward electrification (see above) and spending on EVs and renewable energy. Copper is a vital part of the energy transition as EVs tend to use three to four times the amount of copper as internal combustion engine vehicles do. Similarly, spending on renewable energy (wind, solar, batteries, and the new transmission and distribution networks needed) implies increased long-term demand for copper.

Meanwhile, the growth in the global supply of copper will be held back by a combination of geopolitical uncertainty (Chile and Peru) and the increasing difficulty of obtaining permits worldwide due to local environmental concerns. Together, Chile and Peru are responsible for almost 40% of global copper production, and both countries have political regimes causing investor concerns.  Freeport McMoRan also has assets in Chile/Peru, but its relatively underexposed (26% of current production)and its near-term major expansion plans are in Indonesia and Arizona.

Freeport-McMoRan already has highly productive mining assets in relatively stable countries such as the U.S. and Indonesia, so it stands relatively well placed to ramp production. At the same time, rivals struggle with the issues discussed above.

Given a positive outlook on prospects for the global economy and copper demand, Freeport-McMoRan is a good stock to hold for the long term.

7 Mattresses For Couples That Don’t Feel Like A Compromise

RIO, C6C, SFR, OZL: Why are these ASX copper stocks in limelight?

Australian stock market recovered today (July 7) due to a surge in the materials sector, with the ASX 200...

CHAPEL HILL, N.C. – I wouldn’t lose any sleep over “Dr. Copper’s” dire prognosis about the economy and stock...

Click here for an interactive chart of copper prices The most-traded August copper contract in Shanghai ended daytime trading down 1.9%...

7 Mattresses For Couples That Don’t Feel Like A Compromise

Dialing Back The Euphoria – ValueWalk

‘The Women of the Copper Country’ chosen for One Book, One Community