BURLINGTON, ON / ACCESSWIRE / August 5, 2022 / Murchison Minerals Ltd. (“Murchison” or the “Company”) (TSXV:MUR) (OTCQB:MURMF) is pleased to announce Phase III – diamond drilling – of the summer exploration has commenced. The Company is focused on drilling at the high-grade nickel, copper, cobalt zone called Barre de Fer (“BDF”) as well as the Syrah Target, on the 100% – owned HPM (Haut-Plateau de la Manicouagan) Project, located in Quebec. The Company anticipates drilling a minimum of 7,500 m over the course of the program. The majority of the metres will be allocated towards expansion and delineation at BDF. The remaining drilling will be focused on the Syrah Target – a 600 m long EM anomaly located approximately 240 m from BDF. The Company’s current interpretation shows the possibility that Syrah and BDF are part of the same magmatic sulphide mineralizing system. As a result of the recently closed private placement (July 4th, 2022 news release) the Company is well funded to complete its objectives during the 2022 exploration program.

During Phase III – diamond drilling – the Company intends to drill approximately 6,000 m at BDF, comprising 15-20 drill holes. The focus of this portion of the program will be expansion of the current mineralized domains (Figure 1), followed by delineation – or in-fill drilling – designed to produce a maiden resource estimate.

Exploration at the adjacent Syrah Target, will amount to approximately 1,500 m, comprising drill holes which are designed for optionality and flexibility based on results. Maxwell plate modelling from the recently completed 2022 VTEM and downhole borehole EM surveys, indicates drill hole HPM-08-14 was drilled parallel or oblique to the newly interpreted plates, missing the prospective electromagnetic target. Consequently, drilling at Syrah will focus on following up on mineralization intersected in this hole and nickel-bearing sulphide mineralization outcropping on surface. Furthermore, the Company will be testing the recently interpreted Maxwell plates, derived from the 2022 VTEM and borehole EM surveys. 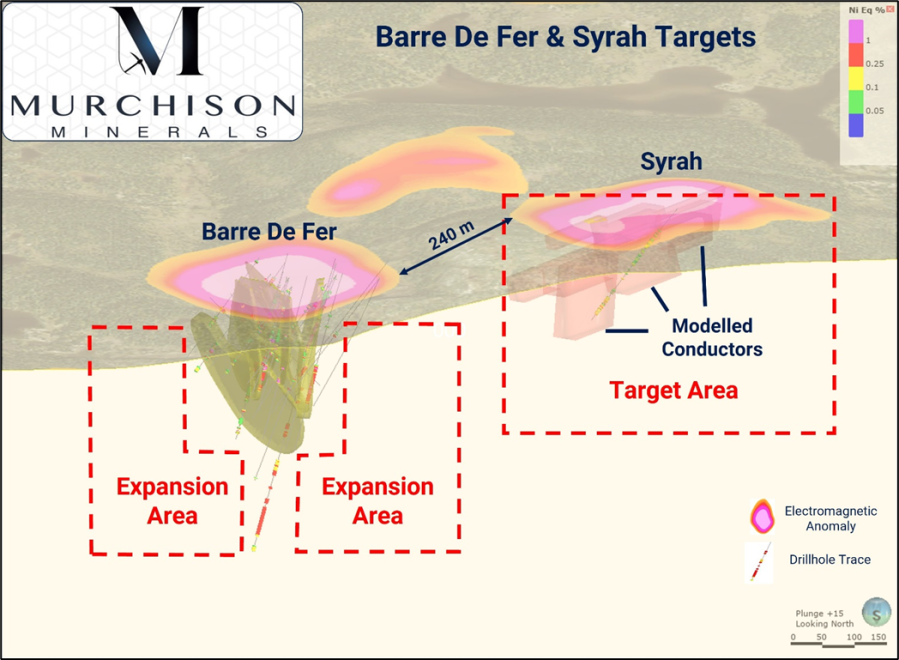 Murchison has undertaken several initiatives that will provide real-time results and control expenditures. These initiatives include:

“Murchison is extremely to excited to initiate the drilling phase for the 2022 summer exploration program at HPM, and unlock the potential at the high-grade nickel, copper, cobalt at the BDF Zone and Syrah Target. The team is eager to drill test numerous prospective areas for expansion of the BDF Zone in anticipation of producing a near surface high-grade nickel mineral resource estimate later this year. With a minimum of 7,500 m of drilling planned, Murchison is well positioned to achieve this goal and truly unlock the potential of BDF and Syrah.”

“Extensive data compilation and prospecting at BDF and Syrah over the last year have led to this exciting phase of the 2022 summer exploration program at HPM. The exploration methods applied to date including geological mapping, Beep Mat surveying, and backpack drilling have identified exciting prospective target areas at BDF and Syrah that Murchison is keen to drill test this summer.”

About the HPM Project 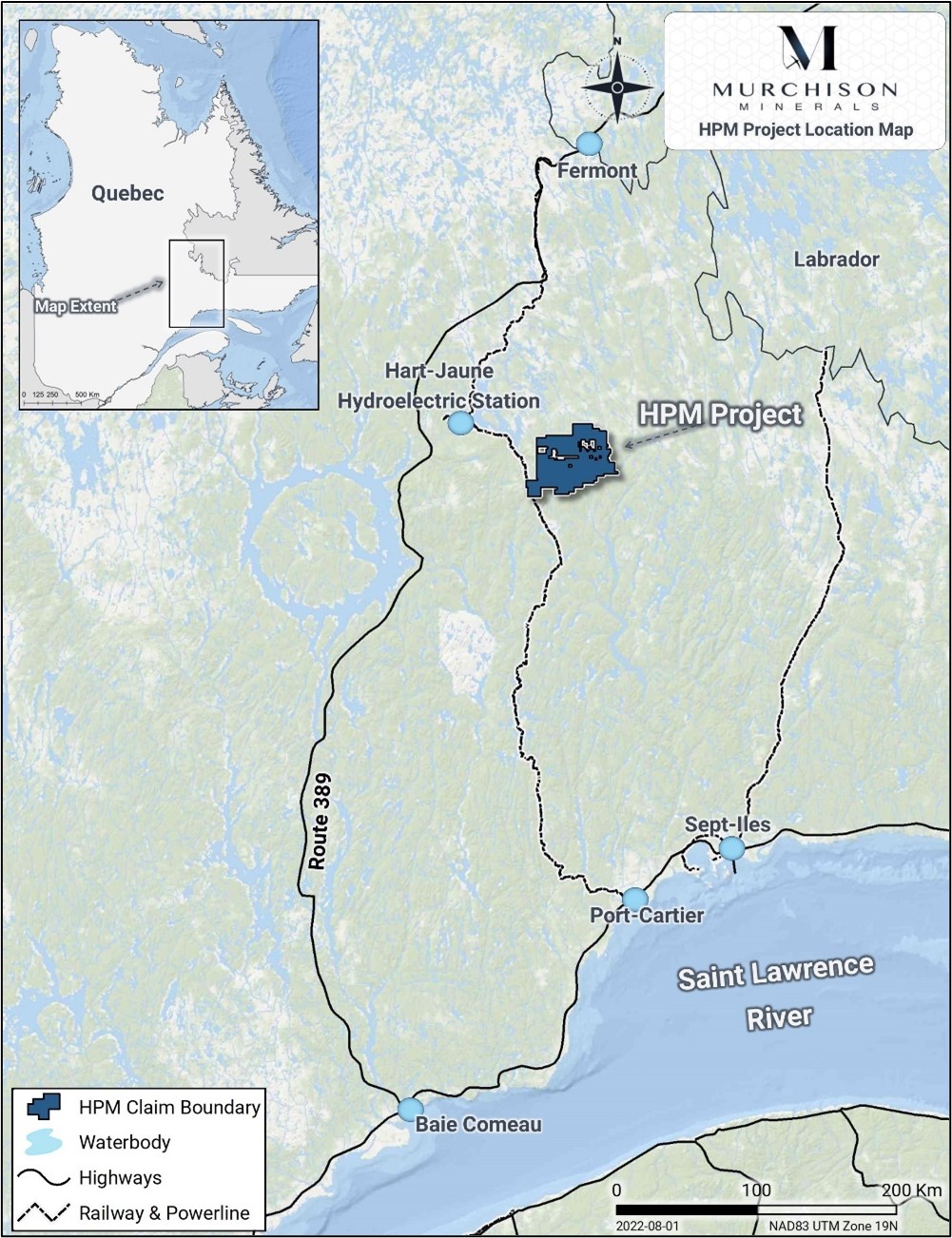 The claims host prospective gabbroic, ultramafic and anorthositic bodies within the Manicouagan metamorphic complex and are associated with significant nickel-copper-cobalt sulphide mineralization first identified by Falconbridge in 1999, where they discovered extensive nickel-bearing sulphide mineralization at BDF during drilling in 2001 – 2002. Murchison Minerals Ltd.’s predecessor – Manicouagan Minerals – drilled in the area in 2008 and 2009. The majority of the past drilling at the HPM Project targeted the BDF geophysical conductor and confirmed the presence of nickel-copper-cobalt sulphide mineralization over approximately 300-metres strike length to a depth of 280 metres….

A Sustainable and Cost-Efficient Solution to Replace Etching Processes | Printed

What Is Tamarind and How Tamarind Benefits Your Health | Well+Good

Vancouver - Volos Mineral Inc. ('Volos' or the 'Company') a privately-held mining exploration Company, is pleased to announce that...

POLICE in Bulawayo have intercepted a South Africa-registered vehicle that was allegedly smuggling a tonne of stolen copper cables...

What Is Tamarind and How Tamarind Benefits Your Health | Well+Good

I used a copper IUD as birth control. It led to constant cramps, painful sex, and